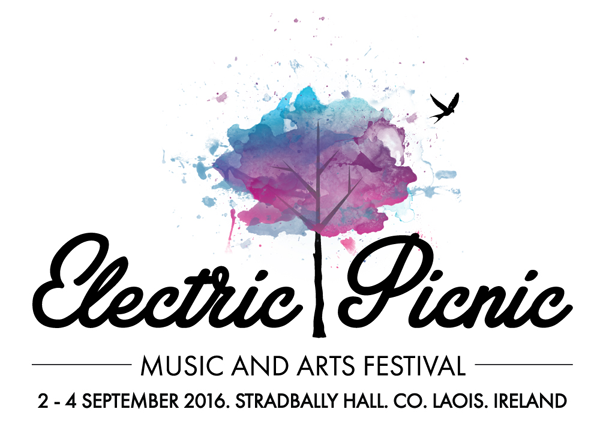 Proving yet again that Electric Picnic is festival-goers’ first preference!

The final tally is in and we have reached a full quota! We can now confirm that public tickets are now officially SOLD OUT apart from a limited number of tickets available to Three customers just 9 days after announcing its first line-up. Electric Picnic takes place in the heavenly grounds of Stradbally Hall on the weekend of September 2nd - 4th 2016

Since its inception 13 years ago, tickets have never, ever sold out so far in advance, a testament to the popularity and future longevity of Ireland’s favourite music and arts festival – Electric Picnic.

With only 27 acts announced to date we still have a veritable feast of music and activity to announce and tantalise you with over the coming five months.

For those of you who have bought your tickets, get ready to be entertained by a veritable feast of fun with Body &Soul, Other Voices, Trailer Park, Salty Dog, Comedy Stage, Trenchtown, Casa Bacardi, Mindfield and not forgetting…

Three will return to Electric Picnic for the second year in a row to give festival-goers even more great live music experiences. As an official partner of Electric Picnic Festival, Three has announced that its customers will once again have the chance to purchase the last available tickets to the festival through its dedicated customer rewards programme, 3Plus. Stay tuned to facebook.com/3Ireland or @ThreeIreland for more details coming soon…

Thanks for your information and I like it. Nice to see this post here. Get the details of Best Washing Machines in India here.
Top