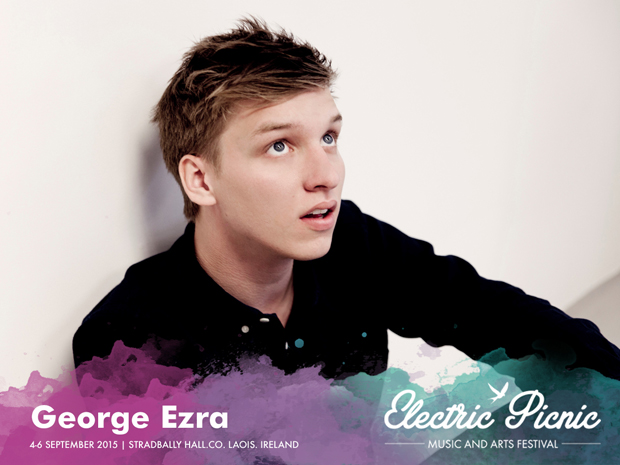 At 21, George Ezra has seemingly sailed in to his position as one of pop’s most talked about new artists. Even he seems unsure how it happened. The hype around the Hertford-born singer with the booming, bluesy voice certainly hasn’t gone to his head. Of his transition from umpteen One To Watch 2014 lists to top ten staple, he remains refreshingly non-plussed.

“I keep being told that this is my year,” says Ezra. “Which is nice, but problematic because I’m planning to be around in 2015 and long beyond.”

Early proof of this longevity came in June when - a year after his debut festival performance on Glastonbury’s BBC Introducing Stage - Ezra returned to the festival to headline the same tent to a capacity crowd, before a set on the John Peel Stage the following day which, according to festival organisers, saw the biggest crowd that stage has ever seen. His debut album Wanted On Voyage was released the following day and remains in the UK album top ten today.

Tickets are now on sale for the 12th Picnic. Don’t forget - the second batch of tickets will be on sale until midnight December 31st. http://www.ticketmaster.ie/promo/ju7n7n
Top

The collection of ideas relating to the technology and services relating Is shared hosting good to electronics are making this page more and more attractive than any other pages. The collection of such relevant and catch. The page also helps the readers to gain more topics very easily too.
Top

No longer the challenge that makes gamers have to "scratch their heads" to think, there are no more fierce battles between strategists. This is a pity for this legendary series.
Il faut tourner sept fois la langue dans sa bouche avant de parler. bullet force
Top
Post Reply
3 posts • Page 1 of 1