The main forum where you can talk about the festival - from the line-ups to camping advice and everything in between. Also forum for generally chatting and talking about things.
Post Reply
948 posts

Deadly. Met an older Nepalese guy in Japan who'd been working there as a raft guide for years, goes back to Nepal every year to guide 'proper' rivers. Has set up loads of businesses helping people back home too. Really cool guy.

He also said that any adventure stuff you'd do in New Zealand, just do it in Nepal. It'll be even bigger and a fraction of the cost. Which i didn't know.

He also loves Irish people cos he reckons we're good in rafts!
Top

Looking for some San Francisco / Vegas tips.
Hit me up y'all.
Top

Casino, how did you book your trip to Japan.

Looking at going at the end of the year
Top

Panther wrote:Copenhagen is the most expensive place i have ever been to!! By far!!

But lovely though. Everyone has a great dress sense

Fred__Elliott wrote:Casino, how did you book your trip to Japan.

Looking at going at the end of the year

Might know it already, but could be an idea to keep an eye on Secret Flying; http://www.secretflying.com/
Top

I just booked flights on skyscanner, you'd get them cheaper from Ireland than I got them from Vietnam (715 return, direct from Hanoi). Hanoi is expensive to fly from and I needed direct flights cos only had x days off work.

Internal flights are v. cheap (I got Tokyo to Sapporo return for 80 euro) but it sounds like a JR train pass is the way to go if you're travelling to a couple of places outside of Tokyo (but it's expensive and you need to book it before you get to Japan).
Top

Hamburg on my todd for the Easter weekend. I need this.

Hamburg, on your own 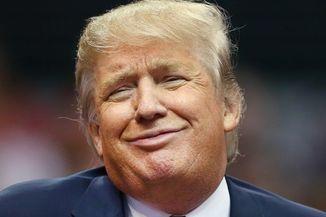 By choice, you should try it sometime.

Are the hotels cheap in Reeperbahn?
Top

No need to go to that trouble, her you go mate
https://www.instantcheckmate.com/crimew ... my-mother/

In Kathmandu now.....had two days here. Saw some class temples, but it's an absolutely mental city. Traffic is total mayhem, just pedestrians, cars, motorcycles and cows sharing the road (no pavements, road signs, traffic lights, etc). Loads of damage still around from the earthquake as well.

Also, it's by far the most polluted city I've ever been in. Far, far worse than any of the big Chinese cities I've been to (Beijing, Guangzhou, Shanghai, etc). Causing me some breathing problems, glad we're leaving in the morning to go to a place called Pokhara. Camping, hiking, whitewater rafting, canyoning and ziplining there.
Top

Deadly. How much does a trip to Nepal cost you?

Hoping to book Myanmar soon for the summer.
Top

I live in Hong Kong, so not sure how much it'd be to book from Ireland. Tickets cost me €420 direct from HK, then everything in Nepal itself seems pretty cheap.
Top Anyone been to St Petersburg and have any bar, restaurant or oddball recommendations?
On a tour so have the mornings filled with the big stuff but have most of the evenings free
Top

Going to New York next week, have about seven days and very little plans.

Really excited about the food.

Any must-dos or tips?

Am keen to checkout some breweries.
Top

I'd probably look for Evil Twin and see if i can find some Goose Island somewhere.

i_ate_cats wrote:Going to New York next week, have about seven days and very little plans.

Really excited about the food.

Any must-dos or tips?

Am keen to checkout some breweries.

Ess-a-bagel for breakfast/lunch. Unreal proper bagels with pretty much whatever you want in them including stuff such as Oreo Creme Cheese

And the best bar in the world, owned by a guy from Strabane and where we got served by a lady with a strong west Belfast accent

I'd probably look for Evil Twin and see if i can find some Goose Island somewhere.

Seen Evil Twin mentioned a fair bit recently. Have not tried them yet.
Top

Anything in particular that got the Dead Rabbit pub voted best in the world? And on the back of that, is it not always rammed?
Top
Post Reply
948 posts