The main forum where you can talk about the festival - from the line-ups to camping advice and everything in between. Also forum for generally chatting and talking about things.
Post Reply
1047 posts

Eucrid wrote:It's one of my favourites too. Definitely the best quad. Better than Westy 12.

Has anyone had the Chimay with the brown/gold label? It's great stuff, 4.9% and light but plenty of Belgiam flavour. Great summer beer.

I have tried the blue and the red label, its nice stuff, not right up there at the top but mid to high level, never had the brown or gold label, must try them out.

Drank Heineken at an Arcade Fire gig on Monday for the first time in about 2 years.......had forgotten how terrible it tasted.

Eucrid wrote:
Speaking of next morning my head is cracking today because of this beaut Had a few of them last night and they are sensational.

really really good, i knew i had drank it today though
Top 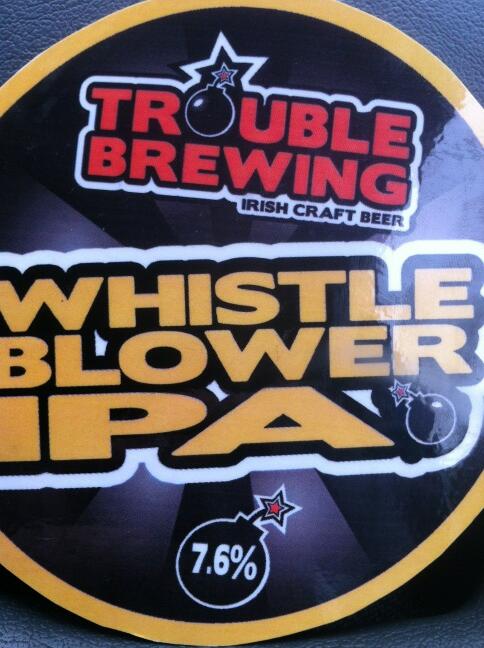 There's a pub around the corner from me with 100 different beers, about 60 of which are on tap. Had a shrimp po'boy watching the Germany game and tried a couple of IPA's:

White Street Hoptimist, ordered it cos I'm pretty sure I'd read some of ye mention it here. Absolutely delish, as good an IPA/pale ale as I've had (don't know how to describe it in beer terms). Medium-ish hoppiness (told yis) and loads of flavour

Foothills Seeing Double: Pretty strong at 9.5%, and kind of sweet. Too sweet. Had 2 of them cos the innkeep cleared away my first one when I went out for a smoke, didn't even want it (but drank it obviously) so went back to the Hoptimist

Then I went down the road to this grocery store I'd seen advertising $3.90 fags (cheapest ones here are usually $7), and wandered into a Willy Wonka shop of booze. At a rough estimate I'd say they've 300 different kinds of beer in stock. Just googled it and they're raving about it on Beer Advocate. Got overwhelmed so just got a 6 pack of Sierra Nevada pale ale. They've SN Belgians and stouts and allsorts I'd never heard of before.

Gonna drink some beer this summer. There seems to be a good few micro-breweries/brew pubs in town which I'll have a look at. In Raleigh, NC btw if any of ye know some local (South-Eastern) ones to check out. Any recommendations of American beers to try and I'll have a look! Looks like they'll have any of the good ones

whats the name of the Shop?
Top

Casino wrote:Gonna drink some beer this summer. There seems to be a good few micro-breweries/brew pubs in town which I'll have a look at. In Raleigh, NC btw if any of ye know some local (South-Eastern) ones to check out. Any recommendations of American beers to try and I'll have a look! Looks like they'll have any of the good ones

Heres the menu for the new Whetherspoons in Dublin

whereabouts is that opening

hope it doesnt get english wetherspoons crowd though...
Top

They're really overselling Fosters and Heineken in the descriptions there.
Top

whereabouts is that opening

hope it doesnt get english wetherspoons crowd though...

First one is in Blackrock. 30 more opening around the country soon.
Top

well hopefully if anything, it will drive down the extortionate price of drink in dublin especially.

clever they are not branding them weatherspoons too

in other news, i had some of this at the weekend, http://www.beeradvocate.com/beer/profile/187/42679/ it was quite sour. Krieks confuse me. They are like wine but beer, i don't really get them. Maybe i need to get used to them. All I know is this one is not as nice as the cantillon kriek. I'm not very good at beer reviews
Top

that menu is great

Casino wrote:Any recommendations of American beers to try and I'll have a look!

Dunno if you'll get it in South Carolina, but definitely try Pliny the Elder (or Younger) if you see it about.
Top

They are but I bet they'll go all out with this first one.

Ha, so they're not serving Guinness
Top

there's some horrible horrible ones too though. it's usually just the crowd as opposed to the actual setup

4 jager bombs for a tenner can be hard to walk past at the start of a night out though, in and out in 5 minutes
Top

Or Bud. Which are both Diageo beers yet they do have plenty of Diageo spirits.
Top
Post Reply
1047 posts